Children's Church A relationship with God

How do I have a relationship with God? Our book asks an important question, but first let's summarize.
In week one we looked at who God is. Besides being Almighty-powerful, Creator and King, He has three faces, God the father, Jesus the Son and the Holy Spirit, Genesis 1-2 and Luke 3.
Last week we studied the question does God care? You remember that He cares enough to die for us, Romans 5:8 and John 3:16.
So we know God is God, Jesus and the Holy Spirit rolled into one. We know He cares enough to send His Son.

How do we have a relationship with God? What's the third party of the trinity? The Holy Spirit. John 14 says in verse 26, "But the Counselor, the Holy Spirit--The Father will send Him in My name--will teach you all things and remind you of everything I have told you."
See also Luke 24:49,John 14:16,John 15:26,John 16:7,Acts 2:33
Let's sing a song What a friend we have in Jesus

What is a relationship to you?
Do we have relationships with friends? How about with teachers? Brothers and sister? Parents? God? What are some of the things we do in a relationship? Do we talk to each other? do we spend time with each other? Do we go places together? How might we do all of those things with God?

Let's go to God in prayer:
Father in Heaven, hear our prayer. Thank you for sending Jesus, thank You for sending the Holy Spirit, thank You for this day and for our churches this Sunday, that we may come to You with our joys and troubles. Father we lift the people of Your church throughout the world today, especially the children. Be with them this week, with their parents, teachers and care-givers also. Thank You. We pray these things in Jesus' name. Amen.

Sunday's Message Thursday, Who is God

Citing 1 Kings 18:21, Stephen began Sunday's prayer of confession, calling us to look at our false gods. I thought again how some of us consider God as an option. Like the Israelites in Kings, we don't always realize our choices have consequences. We chose according to whim and appetite. "If the Lord is God follow Him, but if Ba'al is God, follow him." Glancing at my phone for the fifteenth time this morning, I wonder who or what I worship, who or what is my god. Am I following my phone? Really? Sigh.
Stephen spoke from Joshua 24 echoing 1 Kings. Choose, Joshua exhorts. God is a jealous God. Stephen went on to mention Hosea 11, that not only is God a jealous God but He leads us with cords of human kindness and ties of love. It is a treasured passage that shows a father leading a child, teaching them to walk. I imagine my own son looking up at me in delight as he takes his first steps. Did I look at my earthly father that way? How soon did I stray? How often do I stray from the path God sets before me? The example of Gomer in Hosea sharpens my hunger to do better.
But God doesn't stop with cords of kindness and love, He sent His Son, our Redeemer. He sent His Holy Spirit, our Counselor.
When we notice these things, oh, and when, when will I notice, but when we do, when I do notice, I must put aside all other gods including self-absorption, affectation, disinterest and scorn. Psalm 19 ends with a petition that asks God to forgive the Psalmist's hidden faults and to keep the Psalmist from willful sin. This is my petition, my prayer for today.
I will post more on this tomorrow as it is the same topic for Monday evening Bible Study.
Thanks for reading. BEV
Posted by B.A. Coots at 12:57 PM No comments:

Children's Church August 14, Who is God?

We begin a new study today. It is the Believe Series from Randy Frazee.
In the first lesson we ask the question, who is God.
The Bible answers this question, but before we get there let's go over some ideas.
The picture is from a painting by Michael Angelo. It is over five-hundred years old and forms part of the ceiling of the Sistine Chapel. 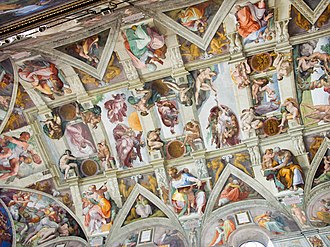 It is and amazing work of art. But it is of man. What is of God? We are of God. He created us and that's what to painting shows, at least it shows us Michael Angelo's vision of what the creation of man looks like.
Our study today points us to Genesis 1-2. The Bible tells us here about God creating the heavens and earth and all that fills it, including mankind. The study asks us to consider God the Father when we study this section of Scripture. Here's a song to help us remember creation.

Let's also sing All Things Bright and Beautiful
All things bright and beautiful,All creatures great and small,All things wise and wonderful,The Lord God made them all.Each little flower that opens,Each little bird that sings,He made their glowing colors,He made their tiny wings.The purple-headed mountain,The river running by,The sunset, and the morning,That brightens up the sky;The cold wind in the winter,The pleasant summer sun,The ripe fruits in the garden,He made them every one.He gave us eyes to see them,And lips that we might tell,How great is God Almighty,Who has made all things well.

Who else is God? That's right, He's one God in three persons. He's Jesus and the Holy Spirit. Our study next points us to Jesus' Baptism by John from Luke 3.  We see Jesus and the Son in whom God is well pleased and we see the Holy Spirit descending like a dove.
Let us pray. Heavenly Father, thank You that we know You. You are in our hearts and thoughts, be with us this week. Thank You for our families and care givers. Be with our teachers as school starts. We lift our church up to You for guidance and protection, love and mercy. We pray these things Jesus' sweet holy name. Amen.
Posted by B.A. Coots at 7:23 AM No comments:

For the Bible challenge today I chose Hezekiah's prayer from Isaiah 37.

14 Hezekiah received the letter from the hand of the messengers, and read it; and Hezekiah went up to the house of the Lord, and spread it before the Lord. 15 And Hezekiah prayed to the Lord: 16 “O Lord of hosts, God of Israel, enthroned above the cherubim, you are the God, you alone, of all the kingdoms of the earth; you have made heaven and earth. 17 Incline your ear, O Lord, and hear; open your eyes, O Lord, and see; and hear all the words of Sennacherib, which he has sent to mock the living God. 18 Truly, O Lord, the kings of Assyria have laid waste all the nations and their lands, 19 and have cast their gods into the fire. For they were no gods, but the work of men's hands, wood and stone. Therefore they were destroyed. 20 So now, O Lord our God, save us from his hand, that all the kingdoms of the earth may know that you alone are the Lord.”
In the modern world many mock God. May the faithful continue in prayer.
Posted by B.A. Coots at 7:19 PM No comments:

So a tiny brag, I usually stick to fun, light, genre fiction, the penny dreadful, but I try to read a bit of the hard stuff from time to time. Last month I listened to Light in August, read by Will Patton. Those of you who listen to James Lee Burke will know Will Patton's talent for southern voice. So, yay me.
As I read through a few reviews and notes about the book I saw many wordy entries as if reviewers in their great respect for Faulkner's work were trying to mimic him, some successfully but others, not so much. I'll try to keep this brief.
Yes, it is Faulkner and even the title is poetic. In his Nobel acceptance speech, Faulkner ends by saying, "The poet's voice need not merely be the record of man, it can be one of the props, the pillars to help him endure and prevail." With this book, Faulkner achieves a quality of poetic prose that surely goes beyond simple record to speak to beauty and creation.
As a novel, rather than narrative poetry, Light in August is a multi-headed beast, partially sketching the stories of Lena Grove, Joanna Burden, Joe Christmas, the McEacherns, Lucas Burch, Byron Bunch, Reverend Gail Hightower, Doc Hines and several others. Faulkner tells of Lena's pregnancy and her search to find the father of her baby who left when he heard of her condition. It tells of Joe Christmas, an orphaned child who lives as a white man, but thinks he has black blood. The book images his struggle to accept his life and his search to silence his history. It tells of  a Presbyterian minister and a Baptist minister, both failing for different reasons. They meet in Jefferson in Yoknapatawpha County.
Faulkner's characters are beautifully imagined, but they remain on the page entrenched in a hopeless human struggle with little grace or true charity. They are almost caricatures, so firmly are they held by Faulkner's pen. I noticed that, while the characters all meet, they scarcely interact. Their situations impact each other through the reader rather than through each other. The reader is distant from the characters and the characters are distant from each other.
While I wouldn't call this Dark in August, I might consider the title separately. Faulkner describes the light in many places in this book, but I see the golden joy of August's light differently. It is light that quickens the harvest, no longer as fierce as the sun of July. But if he had titled the book, the Fierce Light of July, it just wouldn't have worked, accuracy notwithstanding.
As I mentioned earlier, I have read Faulkner before and enjoyed his rich voice, but I don't remember the stories as much as the images and a sense of personal victory upon completing one of his books along with a desire to return to it at a later date.
Read Light in August for the poetry and the mastery of Faulkner's rich voice. Read it to be drawn into grateful prayer for the Good News of Salvation.
Also posted on bacoots.com, Goodreads and writingroguesrant.blogspot.com
Thanks for reading BEV
Posted by B.A. Coots at 12:54 PM No comments: