We read, we told tall tales and we drank coffee. Thanks to all who came to the adventure last night, and thanks to Stellar Coffee Co. Wahoo. We writers, we shy introverts got out and out of our shell.
I enjoy ghost stories for many reasons. I enjoy the whimsy of earlier fables, with faeries and elves, goblins and anthropomorphized creatures. I don't much care for gore, but, if it's a good story, it's a good story, and we shared some good ones last night. I told my story, but stay tuned. I'll write it tomorrow and share it here.
But next week ... ah, next week begins National Novel Writing Month. I am excited to pull up an old story, a bedtime story I told my son. I will be turning it into a novel at long last. I've made a few stabs, but nothing stuck, so I'm starting over and pleased to be working on middle grade fantasy once again.
So this year I've found many offerings for nano prep. Hum. In this post I wanted to look at the idea of preparing for a romp, the romp that is nano. Is that a good idea?
I'm of two minds. My novel Gabby Care came out of nano, but I worked on it for a long time afterwards in edits and rewrites. I see that a bit more outlining and structure would have helped pre-nano, but I also know that the outlining as I went helped keep me focused during the month. I had a rough idea of the book and where it was headed, but the sequence and mystery evolved as I wrote. I wonder now, if I had a stronger system, would I have eliminated edits and confusion? Surely I would have. But would I have had as much fun? I doubt it.
This year I plan on using Scrivener. We'll see how that goes. I like bulletin boards and poster boards and index cards, basically anything I can touch and see, but so many folks recommend the software that I thought I'd finally try it.
I will dedicate a portion of this weekend to nano prep along with Monday and Tuesday. I am cutting it a bit close, but I think it will be enough. Basically, I'm slicing the nano-prep-pie down the middle. A little prep, a little Scrivener, a little ghost story. It's shaping up to be a great weekend.
Let me know what you think. Thanks for reading.

One more day until Fright Night Superb. I was thinking about how ghost stories are told rather than read. Reading is fine, but there is a different element when someone knows her story and seeks to entertain. I aim for raconteur and seldom reach it, but the well-told-tale is a rich tradition in my family. All of my brothers and my sister also know how to speak a tall twister. It's a gift. As they spin, I sit silently taking mental notes, smiling, often jealous, usually enthralled in a strange dance of family solidarity, history and unexpected love - the kind that clots your throat and makes you want to run from the power of it. I truly love a good story.
Today, my son and I spoke of character driven story. He had read Eudora Welty's, A Worn Path. He said it had little or no plot but the character ... the character ... the character. "Yes," I said. "The character."
What about character in ghost stories? Is there much chance outside of a sketch, or is it all character and man's decay is the frightful part. From a Christian standpoint, so many characters are doomed, already in ghostly decay, save for the blood of the lamb. In the secular wold the picture is even grimmer for its superficial nature, and doing right for ... why exactly. A good feeling in my bones, perhaps. Admittedly, I'm not good with the secular end of the argument, so I'll stop here.
I think in a longer work character is central to a good tall tale. In a short work I am not convinced. By tomorrow, however, I may change my mind. Thanks for reading.
Posted by B.A. Coots at 9:03 PM No comments: 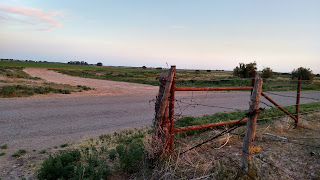 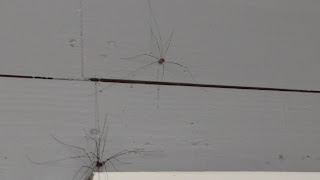 I am really enjoying these posts 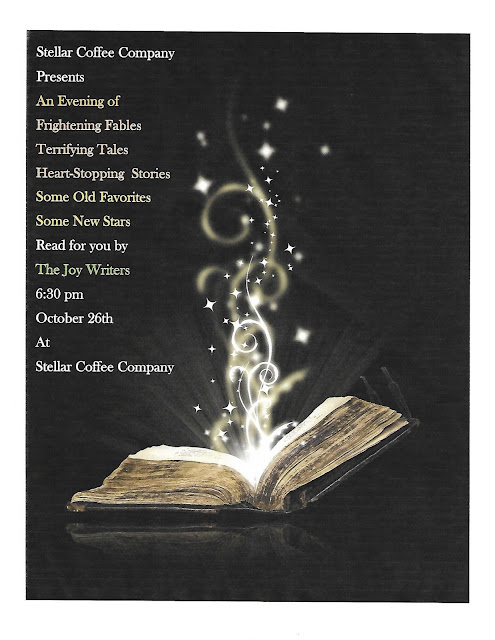 Fun with Fiction University. Thank you Fiction University: Get Ready for NaNo! At-Home Workshop: Idea to Nove...: By Janice Hardy, @Janice_Hardy Welcome to the home page of my newest at-home workshop, Idea to Novel in 31 Days . While this workshop is...
Posted by B.A. Coots at 11:35 AM No comments: